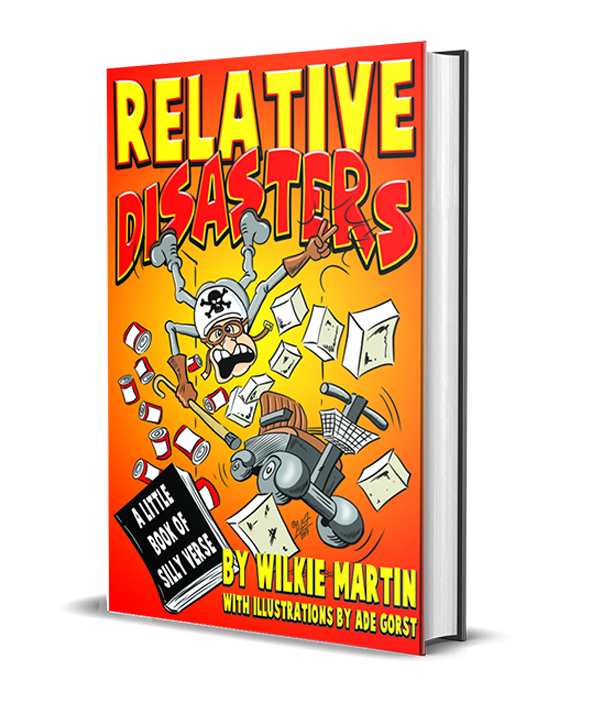 Or buy a copy from:

A little book of silly verse

Description
Reviews
Author Readings
Read a Sample
Description
A short collection of silly verse detailing the plethora of perils that come with being related to Wilkie. Containing six silly poems of nonsense and two short poems giving the events leading up to the unfortunate, untimely and unlikely deaths of fictional family members. Quirky and containing black humour, they are wonderfully illustrated by the talented Ade Gorst
Reviews
Wilkie Martin’s finely-crafted collection of poetry is more than mere silly verse’poehemian
Author Readings
Recordings of Wilkie performing most of these poems:
Read a Sample