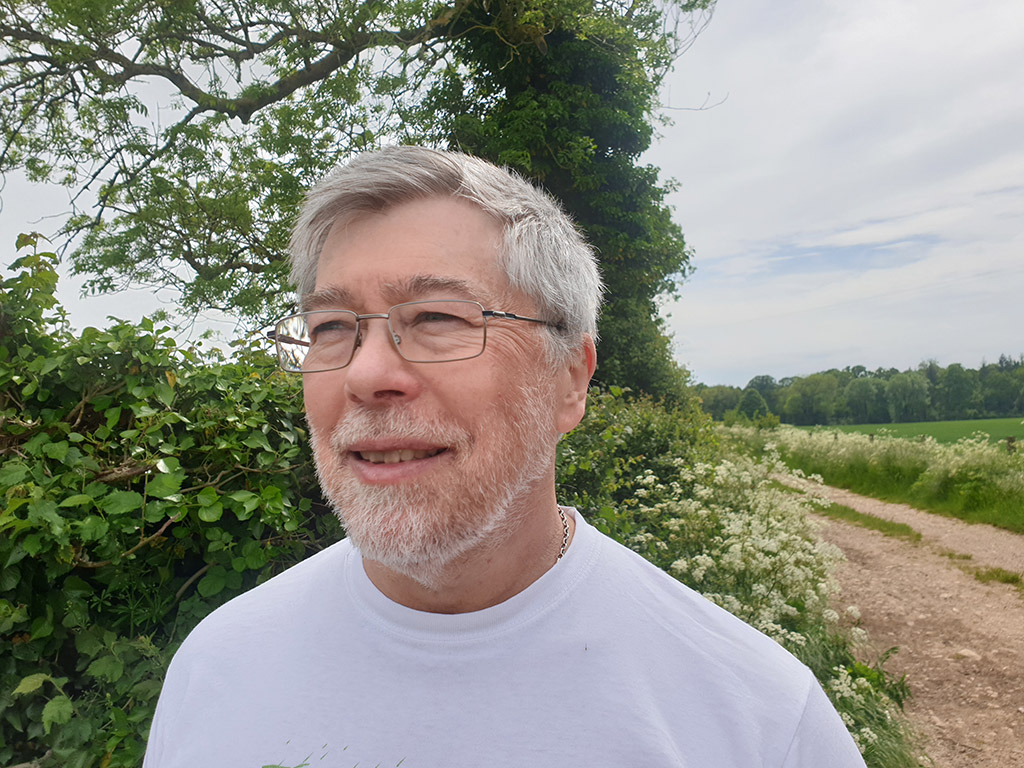 There are 5 titles in the unhuman series, so far. The latest, Inspector Hobbes and the Common People, was released on 31 July 2021. They have become bestselling comedy and cozy mystery titles  in the USA and bestselling contemporary fantasy and cosy mystery titles in the UK. There are also 2 bundles/omnibus editions/box sets for the unhuman series and one book of poetry – his little book of silly verse.

His standalone title, Razor, is a cozy fantasy thriller loosely related to the unhuman series.

He has has lived and worked in the Cotswolds, where he sets his books, for over 30 years. Like his characters he has a love of curries.

In the distant past he studied Agricultural Science, beer, and rock and roll at the University of Leeds, having attended school in Sutton Coldfield, near Birmingham. He was born in Nottingham. He is an enthusiastic cook, a hobby guitarist, a music fan and an avid reader.

He is a member of the Catchword writers’ group in Cirencester.

Children’s books are published under the name Wilkie J. Martin.

All his books are published by The Witcherley Book Company.

Wilkie is a member of the The Alliance of Independent Authors.

Do you have a question for Wilkie?

Looking for a character?